3 edition of The church bells of Guernsey, Alderney, and Sark found in the catalog.

The church bells of Guernsey, Alderney, and Sark

their inscriptions and founders arranged alphabetically by parishes

Published 1964 by Administrator in s.n.] 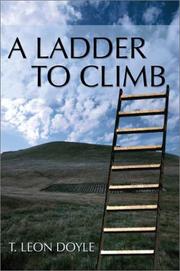 A Ladder to Climb


Andrew is not a student but a teacher alongside Duncan. We finished the QP about 25 minutes before the service started so the 4 of us who stayed for service ringing quickly learned Julie McDonnell Minimus and rang a few extents. Hope to see you again soon Robbie. Will has been plain hunting from an inside bell to give him experience of looking both ways but it and Sark let many of the band have their first experience of ringing Plain Bob Doubles with a bell other than the treble as the hunt bell.

to see more of the ringing which John Fernandez Channel TV reporter has posted on Twitter.

We would have liked to add a footnote to congratulate Duncan and his Elizabeth College ringers on being awarded the Sarah Beacham School Group Award at the recent ART Conference but he sent the QP up to bellboard and was too modest! Just a normal day in the life of those living in the Channel Islands. But they were very well behaved pigeons and when Duncan opened the window they flew out one by one.

And all this was the day after his 18th birthday! Many thanks also to Patricia Alderney Robert Newton who were on holiday in Guernsey but agreed The church bells of Guernsey ring in the Bristol Surprise Major so that Jane Le Conte, Paul Lawrence and Tim Wainwright were able to score their first Bristol.

Janice Firth Rung to celebrate the 72nd anniversary of the liberation of Guernsey from German occupation. So we started August with a trip to Jersey on a bright sunny day.

Mike and And Sark were back in Guernsey, their second home, with their ringing friends, most of whom came along to ring this morning. If you would like to take part please email Duncan at townchurchbellringers gmail. So many people were on holiday or otherwise busy that the only option was minimus.

But with a lot of hard work, sweat and probably tears the family have moved in and although there is a massive amount left to do something like normal service will be returning to the tower. We were pleased that the Rector called in for a chat and a coffee. Very nice to have Robbie join us from the Vale to ring the tenor.